Discus also provides lots of options for your to customize this process to meet your exact requirements. For example, you can arrange to be automatically notified and sent a copy of the report as soon as it is available.

There can be various reasons for this. The invitation code might already have been used, or it might simply have expired, or been canceled by the user who originally set up the invitation. 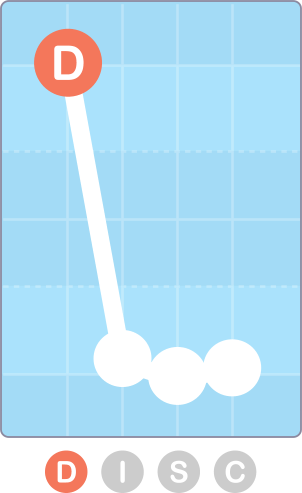 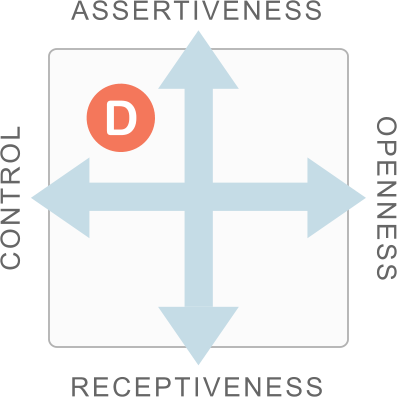 How does Dominance affect the ways that a person will act and react in real-world situations? Here are a handful of examples to give you more of a flavor for the kinds of ways a High-D will usually react in some common situations.

High Dominance isn't associated with the organization or the natural caution that go into detailed planning. As we saw in their approach to decision-making, a person like this will prefer to follow their instincts, and they'll often be ready to disregard a planned course of action if they see an alternative opportunity.